How to Protect Your Car from Theft and Vandalism

In 2015, more than 50,000 motor vehicles were stolen, based on vehicle theft statistics. Although car security has improved, thanks to advances in technology, vehicle owners are encouraged to remain vigilant as car theft is still happening. In fact, an average of 148 vehicles are stolen every day, according to a report.

Your vehicle is a valuable investment. So, it stands to reason that you’d want to protect it from being damaged or carjacked. To help secure your precious set of wheels from thieves and vandals, here are several security measures you can implement straight away.

When you leave your vehicle behind, make sure all the doors are locked, and windows are fully closed.

It may seem obvious, but there are still car owners who are guilty of doing this. Sometimes, when you are in a hurry to go somewhere, you may forget to secure your vehicle. However, it only takes a few moments for a seasoned thief to drive off with your car.

You are practically giving an invite for thieves to break into your vehicle. Avoid leaving expensive items, like a laptop or a smartphone, lying around on the dash or on the seat. Hide them in the glove box, keep them inside a bag or under the seat. The best option is to bring them with you, if possible.

Park your car in a garage.

This is the best way to deter a vandal from causing damage to your vehicle. If you don’t have a choice but to leave it outdoors, you can install a motion-activated car alarm. Also, you can park it a well-lit place to easily see if someone is trying to mess with your car.

Don’t hide a spare key anywhere near your car.

Some car owners still do this in case they get locked out. They try hiding a spare car key under the wheel or the welcome mat. Some criminals can figure out your secret hiding place and easily steal your vehicle. So, you’re better off stashing it away in a more secure location, like your wallet or inside a lockbox.

If your car draws more attention than it should because of its flashy appearance, cover it up.

A car cover will not only protect it from the elements, but it can also make it less attractive to delinquents who may think that scratching it up is a novel idea.

Car thieves can hotwire your vehicle. To prevent this, you can install sophisticated immobilisers, which can stop the thief dead in his tracks. Also, consider installing a tracking system, which allows a stolen vehicle to be traced by authorities.

Be nice or, at least, try to get along with the people in your neighbourhood.

When you are on good terms with them, they can keep an eye out for your car or not mess with it because they don’t hate your guts.

Most incidents of car theft and vandalism can be prevented when you put in a little effort and arm yourself with some good old-fashioned common sense. If you can avoid it, don’t leave your vehicle in a bad neighbourhood. Don’t leave it unattended even for a short while, and always be aware of your surroundings.

Looking for a job amid the coronavirus outbreak?

How to Deal with an Unexpected Tax Payment 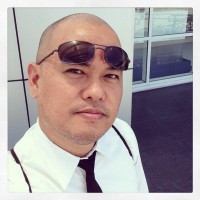 A professional writer with over four years experience in creating dynamic content across the health and wellness, lifestyle, travel and financial literacy sectors.